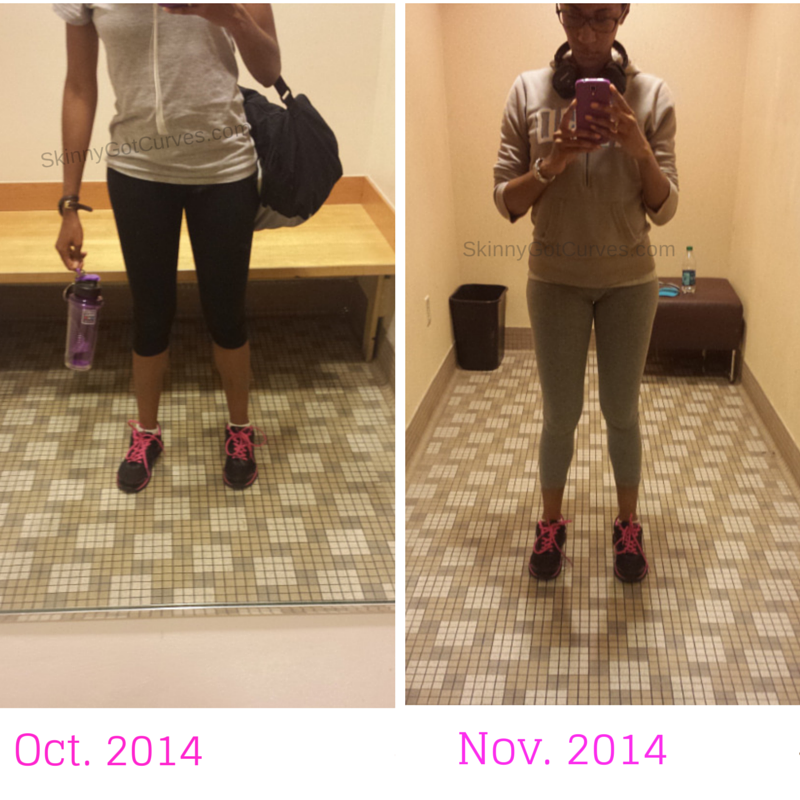 October started out great as you can tell from posts on my social media profiles. It ended… at 113lbs. LOL! Literally the last week of October is when I lost two pounds. I know why.

Did I vlog it? Yep I have about 29 to 31 days of footage so you can see it all. I’m just trying to find the time to actually edit it to my liking. So in short here’s what happened…

Whew! So that was a lot, huh? I felt like a failure. I really did. I didn’t want to write this darn blog post. I didn’t take a picture of the scale at 113lbs but I DID record a vlog so you’ll have the proof. But then came November and I was determined to win. So…:)

As you will see in my vlog, it’s coming! On October 31, I show the scale and made a promise on camera that I would gain them two pounds I loss. And I did in ONE WEEK! Woo hoo! I actually gained four pounds because I’m 117lbs currently. Ha!!  You have no idea how happy I am and looking at the calendar, I’m still on track to my goal weight of 130lbs.  YAYYYYYY!
I’m so happy. And I don’t know why my scale at home weighs me less than the scale at the gym. The old fashion scale at the gym has me at 118lbs!! Just last week that same scale said I was 115lbs. 🙂 🙂
I’m so happy. 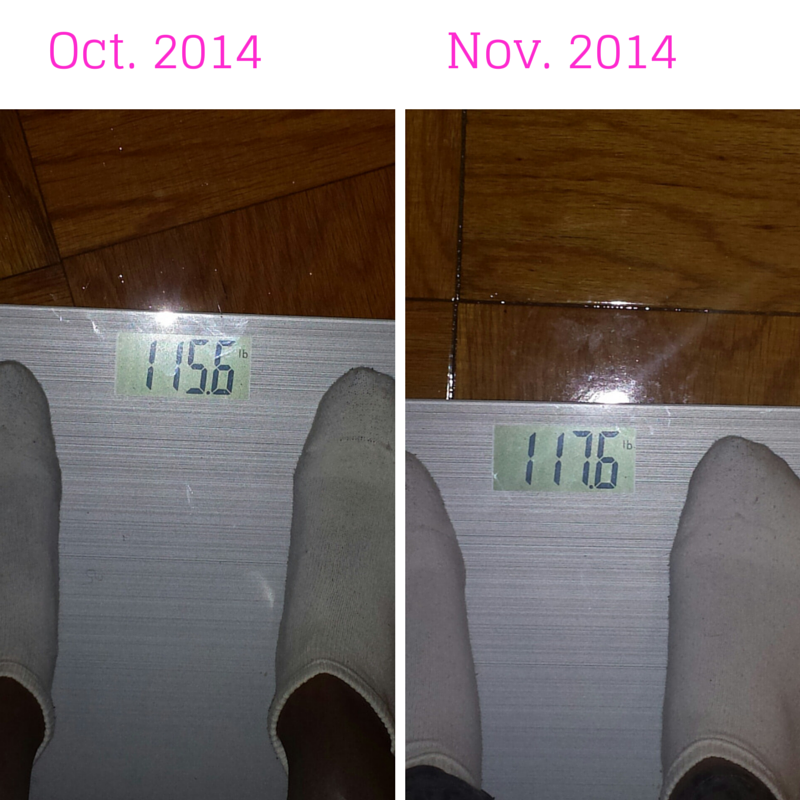 I don’t have official before and after pictures besides the one at the beginning of this post. You can see a very slight difference but hey, whatevs.  The pictures I took weren’t that good to compare. But I did take more pictures (all angles) in the beginning of November to compare to at the end of November. To me that’s more official than the pictures I did take. November isn’t even over but I’m optimistic about my progress!

For the people wanting to join in, it’s never too late! Check out my initial post on #90DaysofGain. Just start where you are and keep going. I would love to start featuring pictures of those are participating soooooo… you can just email me regarding this challenge at 90daysofgain@gmail.com.

That way I can share with everyone your transformation on social media and right here on the blog.

Are you closer to your fitness goal? If you are, please share your tips and tricks. If not, share some of your obstacles.
Facebook/Twitter/Instagram/Pinterest