Initially my blog was created to talk about my journey to curves, natural hair, health and makeup. However over the past month or so I’ve heard a lot of events happening to the lives of women of color. The events I’m referring to are the kidnapping of Relisha Rudd and over 200 girls in Nigeria. Now I’ve been aware of what’s happening but not nearly as much researching as I should. And to be honest, I didn’t want to write about it because I feel topics like this give idiots the right to act the fool in a public forum instead of a useful conversation. Something in me just wouldn’t allow this topic to go unwritten from my point of view. But first let me express just how ashamed I am as a woman of African descent to neglect the importance of these stories for the drama in pop culture.

to be overly outraged about Don Sterling and his girlfriend’s revenge.

to be so late on this news stories and others weeks after the events occurred. (my own mother knew before I did)

to be more concerned about the RHOA Reunion showdown among black women.

to be so impressed over the most recent nude magazine spread of Rihanna. (she is beautiful though)

to be sooooo excited and determined about attending the next World Natural Hair Show because I missed out on the one in ATL.

Now of course reading these items above you’re thinking, seems so harmless. Well, not really. I’m not saying I should be thinking, reading and speaking on the abduction news 24/7. However I should still be more active in spreading the word on my social media about it. I haven’t done so until now.  I stood by silently on the sidelines trying to see what’s going on and then walked away because the lack of sensationalism. Wow! Is this really how I feel about the life of a fellow black female? Really? Or should I blame US Media for lack of coverage until recently? Do I really need the coverage from the media to care? Maybe a little of all the above, honestly. 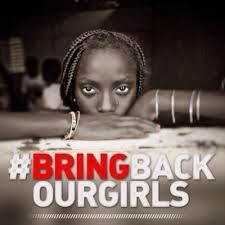 Why is that? When I asked someone about the Nigeria story the first thing they said was, “Well you know that’s how they do. THEY don’t care nothing about women. THEIR religion teaches them that women are less than men.” My response, “Let’s not generalize an entire continent filled with many countries on the actions of a few. Granted stories like this are often heard throughout the motherland but that does not make the situation any less important.” As PEOPLE of African descent we need to stop trying to shrug off tragedies happening in the motherland especially in the countries that are majority of a darker hue.  Imagine if the world shrugged off the tragedies happening here in the US. Oh wait, some of us shrug off tragedies right here in our own country constantly. Let’s move on to Relisha Rudd shall we…

So it’s two months later and we still haven’t found this little girl, Relisha Rudd. The man who kidnapped her is dead and there are no clues of her body. (sighs) I’ve been reading some old articles to get caught up on this story and reading about the life she lived way before the abduction is no more comforting. I’m even more heartbroken. I encourage everyone to do your research and read up on it for yourself. 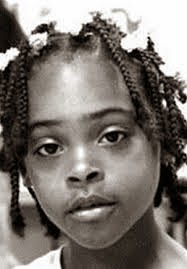 These stories and the lack of reaction from black women (not including my social media circle) is troubling. Have we become so involved in worthless drama of Sterling and RHOA and RIHANNA and BEY & JAY Tour to give a darn about stories that could easily be one of us? Let that sink in, ladies. The stories mentioned could have EASILY been one of us!! EASILY. And who’s to say it won’t be us or our children?

Are we waiting on Al Sharpton, Obama or Jessie Jackson to speak for us on the news? Don’t hold your breath. The concern should be just as great as Trayvon Martin or the Malaysian Airline. Lives were lost in all cases.

Tears fill my eyes right now. Grief has taken over. Anger is slowly building and shame is still rattling in my spirit.

In no way do I consider myself a feminist since I still have traditional and sometimes too liberal views to be classified as such. But man, I think we may need to really evaluate what we consider important. This post probably won’t get read by many and the minds of my ladies won’t be changed next week but at least I can start the conversation. At least I can do my part by using my voice to get their minds thinking and that’s fine with me.

Although we here in the U.S. and can’t do much about it, the least we can do is make our voices heard.

If you’re interested in doing something to share your voice feel free to sign the petition created on Change.org. Not sure if this petition will do anything but at least we can try instead of standing silently. There’s also a rally being held here in D.C. at the Embassy of Nigeria Tuesday May 6, 2014 from 10am to 1pm. Lastly, there’s a BlogTalk Radio show dedicated for Relisha Rudd and any information the public may have on her. Check out old episodes if you’re interested.