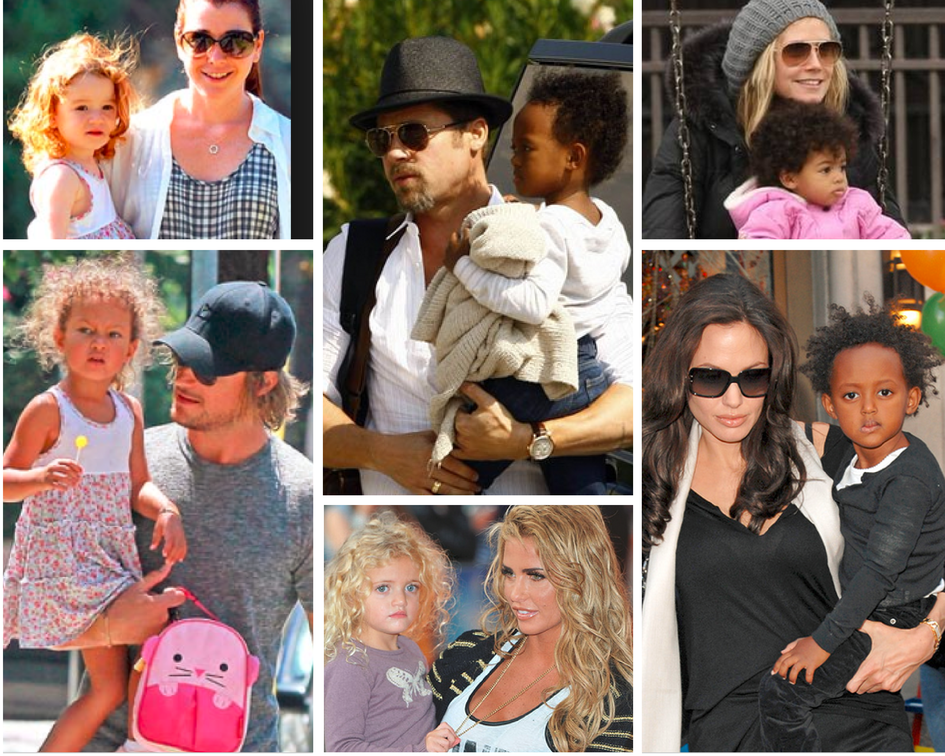 I tried not to use the same kids over and over, but there are some kids who are always caught with their hair less than perfect. Is it because Beyonce is black that we find a problem with Blue Ivy’s hair? Is it because Blue Ivy is black? Is it Blue Ivy’s hair texture? Most people would say no to those questions but I would say they are lying. Because how is it that we allow these other celebrity kids to walk around with hair going everywhere but not Blue Ivy? Like I said, there are some repeat offenders of hair standing on their heads yet no petition is in sight.
Beyonce and Jay-Z are teaching their child a beautiful lesson that we should also learn and teach. Beyonce allows her child to have this “freedom hair” to teach Blue Ivy self-love. True self-love, not that surface ish the conscious folks talk about. The lesson is, be who you are from head to toe authentically and unapologetically even in front of an audience whether negative or positive. Stand firm in who you are and love everything about you. Because here is the catch, the earlier Blue Ivy learns that lesson the less likely she has to look for love elsewhere. Too bad most black folks didn’t have this lesson taught to us early on. Instead we were taught to hide who we are through straightening combs, perms, weaves, wigs, hair accessories, a bad attitude, and bitterness. Very rarely do you see black women allowing their hair to just BE without much manipulation. What’s interesting is a good chunk of women advocating for Blue Ivy’s hair to be combed don’t even wear their own natural hair frequently. Not all, just saying the ones I see in the forefront are in that category. All the others… well like many of us still haven’t healed. And then the remaining few just need a darn hobby because Beyonce ain’t no kin to them.
In the meantime, let’s just move on from this. Grown folk worrying about the affairs of a child is so immature and says a lot about that individual and their life. I would love to see Beyonce and Jay-Z go H.A.M. on y’all and perhaps put an afro pick in Blue’s unruly hair and take a picture. That would be funny to me and show the public that their opinions aren’t worth much behind closed doors. That’s their daughter not yours.
P.S.
Someone may say, “Well you’re not doing much for the community. You’re contributing to the foolishness with this blog post.” Nah, I’m trying to show you the light and how ridiculous this topic is. I didn’t sign the petition or create it. I never commented on countless blog posts and articles in protest about Blue Ivy. And it’s not in my topic of conversation outside this post ( ok maybe one time only). So to be honest, I’m NOT contributing to it but I’m actually trying to diffuse it. There’s a difference.